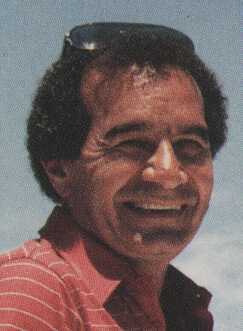 Tony DiMillo opened his first restaurant, “Anthony’s” in 1954 on Fore Street where he coined the slogan, “The clams you eat here today slept last night in Casco Bay.”

In 1960, with development changing the look of Fore Street, Tony moved Anthony’s to Center Street.

In 1965, Tony opened “DiMillo’s on the Waterfront,” just across the street from where it sits now. DiMillo’s quickly became one of Portland’s most popular restaurants, as people came from all over the country to sample DiMillo’s famous lobster dinners.

In December 1982, “DiMillo’s Floating Restaurant” opened her doors and became the only floating restaurant on the upper East Coast.

Today, Tony’s wife, sisters and sons continue to maintain the high standards he established over 40 years ago. There is always a DiMillo on board.

The history of DiMillo’s on the Water

Commissioned “The New York,” it ran as a car ferry between New Castle, Delaware and Pennsville, New Jersey. 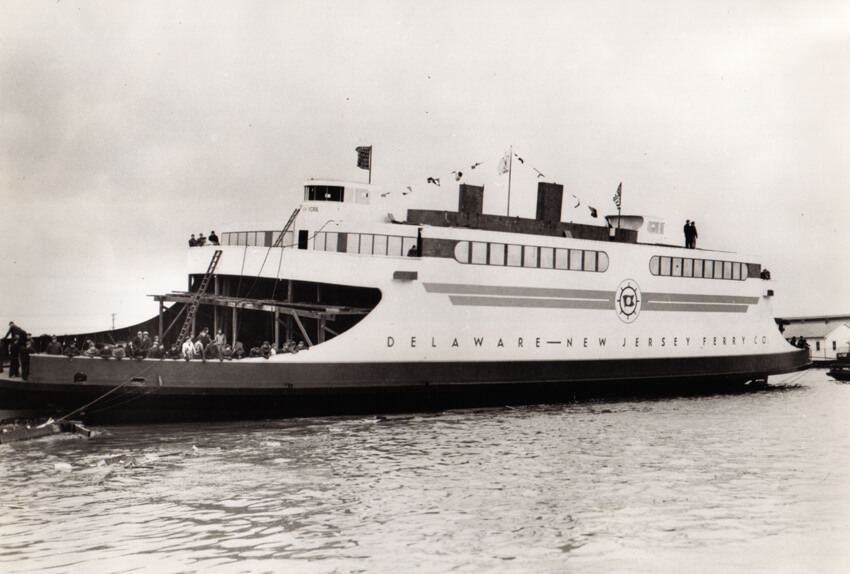 Sold to the state of Virginia and renamed “The Norfolk.” Ran between Norfolk and Hampton, Virginia.

Sold to the state of Rhode Island and renamed “The Newport.” Ran between Newport and Jamestown, Rhode Island.

Sold to the city of Pawtucket, Rhode Island. Was used as housing for a youth center art colony.

Sold to the Setaucket Yacht Club of Port Jefferson, New York. Was used for boat storage and as the clubhouse.

Purchased by the DiMillo family. 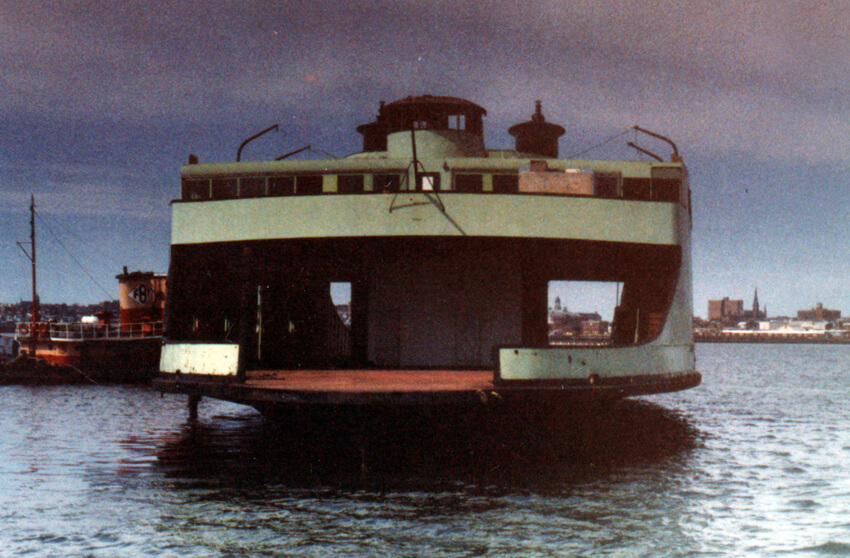 We opened our doors as “DiMillo’s Floating Restaurant.”

One of the largest such restaurants in the country, her overall length is 206 feet, with a beam of 65 feet. She weighs 701 tons and boasts a -horsepower steam engine (but we promise not to fire it up while you’re dining). We are able to seat over 600 guests in our First Deck Dining Room, Port Side Lounge, Second Deck Dining Rooms and three Outside Decks.

Installed a new hull at the Bath Iron Works dry dock in Portland. 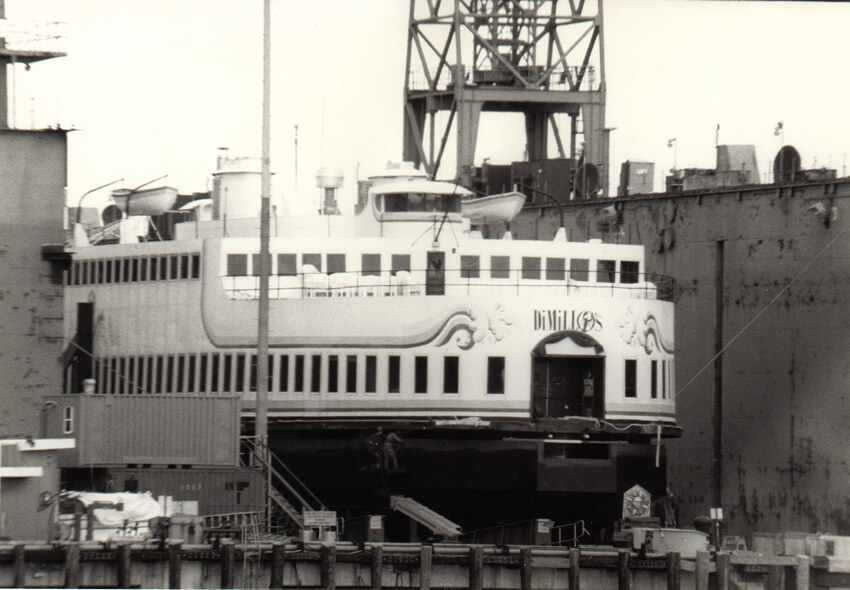 Submit your email to stay up to date on monthly specials, announcements and special events!
DiMillo's on the Water

Special FunctionsBook your next special event at DiMillo's. 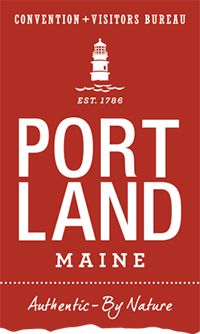